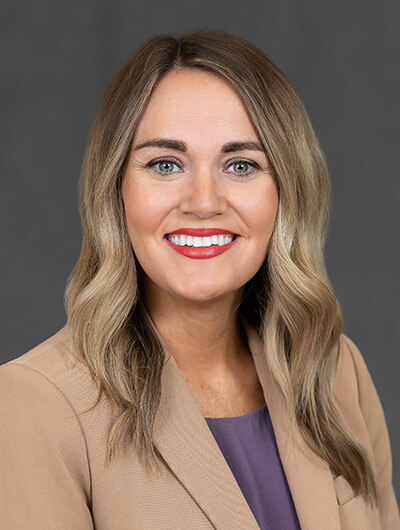 University of Kansas | B.S. (with honors)

Sarah began her legal career at a small boutique firm in Kansas City where she represented both individual clients and a public school district, and became proficient in litigating from both sides of the bar. This balance of practice not only gave her a great insight into both Plaintiff and Defense work, but also reaffirmed her desire to represent individuals against entities that have caused irreparable harm. Sarah’s first major case after being admitted to the bar was a case involving sexual abuse of a minor child; this case instilled in Sarah the importance of advocating for survivors. Sarah works tirelessly to achieve resolution for her clients who have suffered tremendous damages, both physical and emotional.

Sarah is focused on implementing institutional change and policy/practice overhaul to root out sexual abuse in schools, sports and churches. She has successfully litigated in federal and state courts across the country on behalf of survivors. Sarah’s most notable cases include violations of Title IX, monetary recovery against immune and insolvent defendants, pleading novel interpretations of the Trafficking Victims Protection Reauthorization Act (TVPRA) and recovery for clients under state statutory Human Rights Acts. Sarah considers representation of these courageous survivors her greatest professional achievement.

Since starting at Sharp Law in 2018, Sarah’s practice has also evolved to include class and mass actions involving consumer protection, antitrust, civil RICO claims and mineral underpayment cases on behalf of royalty owners.

Sarah is also very involved locally and in the Bar. Sarah has worn many hats on the Kansas City Metropolitan Bar Association YLS, and currently serves as Social Chair. She supports several charities around Kansas City, but most near and dear to her heart are the Midwest Innocence Project and Sheffield Place, a local shelter which empowers mothers and their children to heal from trauma by providing them tools for self-sufficiency.

Sarah has been named a Super Lawyers Kansas/Missouri Rising Star since 2019.