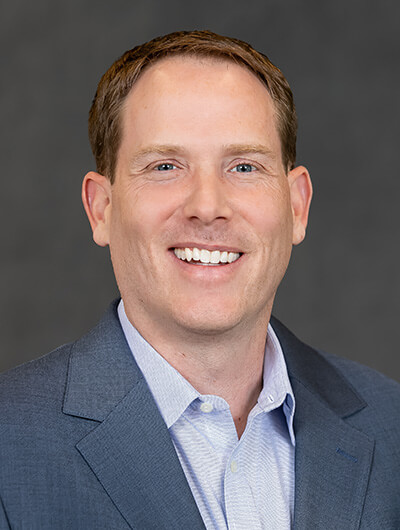 For nearly two decades, Ryan Hudson has litigated with or against many of the nation’s top litigation law firms in state and federal trial and appellate courts across the United States. As counsel in a variety of class actions and individual lawsuits asserting novel claims for relief against major corporations, he has recovered and collected several hundreds of millions of dollars on behalf of clients nationwide. He has argued before the Tenth Circuit Court of Appeals twice and briefed several cases before state and federal appeals courts across the United States. He has first-chair federal jury trial and appellate experience, and he focuses on class actions and complex litigation involving:

At Sharp Law, Ryan has taken a primary role in several class actions focusing on claims for violations of antitrust, consumer protection, civil RICO, forced labor and services, and the intentional underpayment of monies owed under leases or contracts (in industries ranging from natural gas to laundry vending machines to credit card processing).

Following law school, Ryan served as a federal law clerk in Kansas City for then-Chief Judge John W. Lungstrum of the United States District Court for the District of Kansas. For several years he then worked in Dallas at two of the top international law firms in Texas. He started at the largest law firm in Dallas, where he defended and pursued business litigation and patent, copyright, trademark, and trade secrets cases.  He then joined an international patent litigation firm in Dallas, where he litigated a variety of patent cases involving the electrical, mechanical, and pharmaceutical industries, as well as generic drugs launched under the Hatch-Waxman Act.  He also represented several plaintiffs in intellectual property cases in federal courts in Texas, California, and Florida and the Eleventh Circuit Court of Appeals.

After moving back to Kansas City, Ryan was an associate and then a partner at a Kansas City litigation boutique law firm.  While there, he pursued and defended a national docket of complex litigation matters throughout the United States.  Among several class actions he litigated, Ryan was defense counsel in a multi-billion dollar federal multi-district litigation (MDL) proceeding in the District of Kansas (In re Syngenta AG MIR 162 Corn Litigation) that involved dozens of class actions and thousands of individual lawsuits filed across the country. He also defended numerous matters brought by the Department of Justice, the Federal Trade Commission (including a 10-figure matter, in which the United States Supreme Court later ruled 9-0 in favor of the defense theory that damages were not allowed), FINRA, and the Securities and Exchange Commission. Ryan was lead counsel in a variety of criminal defense cases and argued before the Tenth Circuit Court of Appeals and sought review by the United States Supreme Court.

Ryan is active in Kansas courts, especially in the District of Kansas, and has worked to help improve the training & education and structure of both civil and criminal litigation. He was appointed to serve a three-year term on the Bench Bar Committee for the District of Kansas (2016-19). At the University of Kansas School of Law, Ryan has served as an advisor to the moot court team and as a repeated lecturer on class actions and multi-district litigation (MDLs), as well as claims for breach of warranty, consumer protection, and racketeering under the RICO Act. Ryan has also lectured repeatedly to the Second Chair Program (a program launched by the Federal Public Defender for the District of Kansas) and helped shape the training program for new federal criminal defense lawyers in Kansas. In 2020, Ryan worked with the University of Missouri-Kansas City (UMKC) Law School moot court team as an advisor regarding RICO strategy. He also worked with professors and law students at UMKC Law School to use design thinking and graphics to help make the procedural maze of federal criminal procedure more understandable and transparent. This project developed into the “Map of the Federal Criminal Process.”